An Imposing Heritage Structure in our Estate

Betts Estates own a number of heritage structures within the greenspaces we manage, and the Wharfe Viaduct at Newton Kyme is arguably the most visually imposing.

This Viaduct spans the River Wharfe and is a Grade II listed building (List ID 1260804/1313488) of special architectural and historic interest. Restorative and reparative civil engineering works were carried out and certified before we took ownership and we are privileged to have such a superb heritage asset in our care for current and future generations. Its interest is not limited to architecture and history, however, as it is also home to bats and provides niche habitat for nesting birds, invertebrates and saxicolous plants. 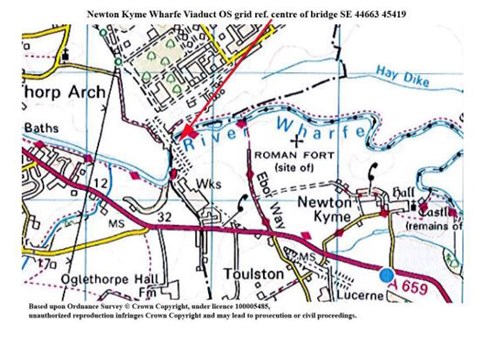 I have included here extracts from the Heritage Assessment of the Wharfe Viaduct in the Local Planning Authority documentation. 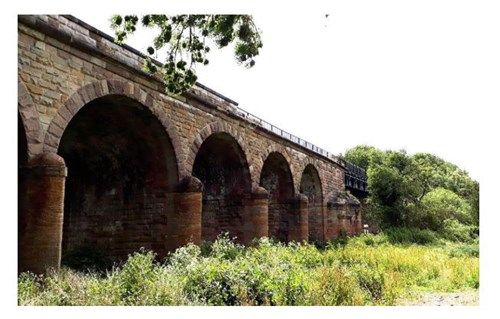 View looking north from the left bank of the River Wharfe showing the arches and, at rear of photo, the spanning bridge section. Photo by Natalie Loben.

The structure consists of five round arches, constructed in a coursed limestone, on each bank of the Wharfe and linked by a steel platform supported on a mid-channel stone pier. The track of the former railway line, now a cycleway, extends to the north-west and south-east. The Viaduct is located in a predominantly agricultural setting ca.1km east of Boston Spa and 1.8km north-west of Newton Kyme. Access (location plan above) is via Ings Lane from the west and the Thorp Arch Trading Estate from the east. (The Newton Kyme Viaduct should not be confused with Thorp Arch Bridge, which is in Boston Spa, a little way upriver.) 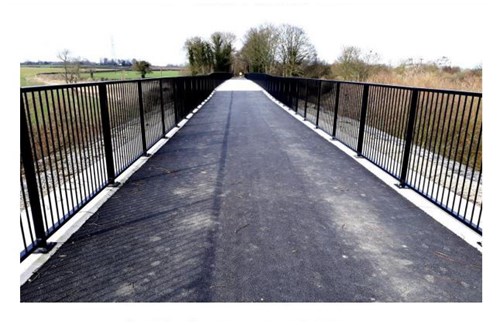 The new cycleway across the Viaduct. Photo by Natalie Loben.

The Newton Kyme Viaduct spans the administrative boundary between two local parishes: Thorp Arch (Leeds) and Newton Kyme cum Toulston (Selby) and is described in parish records as “Railway viaduct .... now disused. 1847. Coursed squared magnesium limestone; ashlar1 gritstone dressings. 5 round arches on each bank of the river Wharf linked by 2 fabricated steel platforms of later date set on a mid-stream pier. The arches on each embankment spring from piers with ashlar cutwaters and have rock-faced voussoirs [wedge-shaped stones forming the arches] beneath a nosed ashlar band; parapet walls mostly removed. On each river bank is a larger pier with domed cutwater; on the sides facing the river are seatings for what were probably arch braces to an original cast-iron bridge structure; the nosed bands return. Central pier as those on each bank. Original to the Church Fenton to Spofforth line opened 1847 and linked to Harrogate the following year. At this point the River Wharfe forms the county boundary, with West Yorkshire occupying the north bank."

The construction of the viaduct was part of the laying out of the Harrogate to Church Fenton railway line by the York and North Yorkshire Railway Company, a branch of the Leeds to Selby line and built by George Stephenson who was the chief engineer. Completed in 1848, it was served by local stations at Newton Kyme and Thorp Arch, becoming part of the North Eastern Railway in 1854. It was closed in 1964 as part of the infamous Beeching railways review.

1 Ashlar masonry is represented by stones dressed to have the same shape, size and surface texture. Stones are laid in horizontal courses and fit tightly with little mortar. It is an expensive process usually reserved for imposing structures such as this viaduct. 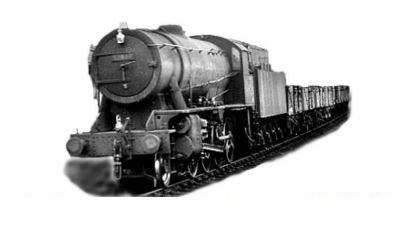 A Victorian freight train of the type that would have run over the Newton Kyme Wharfe Viaduct on the Church Fenton to Spofforth line.

In the English Heritage Listing Selection Guide on Transport Buildings of April 2011, the period in which the Viaduct was built is allocated to the second phase of railway construction building in the country between 1841 and 1850. This was the so-called “heroic age” of railway construction and described by historians as a time of “railway mania” in terms of speculation and competition for routes.

To add more detail to the constructional notes above, the Heritage Assessment remarks that, besides the coursed limestone with ashlar gritstone detailing that is most prominent to the buttressing/cutwaters of the arches, the underside of the arches are in red brick. The steel plate girders supported by the central pier in the river are thought to be later 19th or early 20th century additions but it is not considered that this diminishes the heritage interest. It is concluded from seating points and scarring of the outer walls of the river side arches that, probably, the spans were originally constructed of cast iron, which method lapsed during the second half of the 19th century. The riparian stone parapets have now been largely lost, although areas are retained on the northern bank. The railings that were once cast iron have now been replaced with an approved design as can be seen from the cycleway photo above.

The Assessment noted that the Viaduct “has prominence within the landscape and its setting is enhanced by the retained illustrative evidence of the rail line route which is framed by tree planting extending to the north-west and south-east. As an example of a comparatively early … rail viaduct structure it is considered that the bridge retains moderate architectural interest within the national context which, in combination with historic interest, merits statutory listing.” Oddly, the assessors did not think the Viaduct was of “significant interest” archaeologically or artistically, which I would challenge. I suppose it depends on how you define archaeological and artistic, but I consider it a stunning structure of considerable beauty in its setting spanning the lovely River Wharfe (arguably the most picturesque Yorkshire river) and, if one takes the definition of archaeology as the study of the structures and objects used by, and belonging to, people who lived in the past in order to learn about their culture and society, I would contend that our Viaduct meets the criterion of significant interest in those respects. 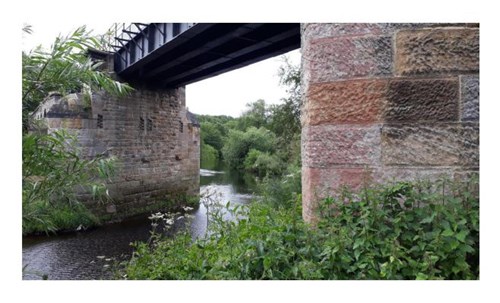 View downriver showing the central pier of the Viaduct and its spanning bridge section. Photo by Natalie Loben.

Interest is not confined to history and aesthetic attractiveness, though. In leisure terms, it now contributes to health and landscape views and access through the cycleway atop it. It is also a biodiversity asset. For example, it provides a surface for interesting saxicolous plants such as mosses and liverworts, and for lichens and fungi. Trout, grayling, chubb and barbel are present in the 100km long River Wharfe, and no doubt several other ichthyofauna species – trout will use the shelter of the central pier from which to wait for prey. So too there are nesting and resting places for birds, herpetofauna and small mammals, including bats. Common pipistrelle, soprano pipistrelle, brown long-eared bat and Daubenton’s bat are recorded in the vicinity and there is a Daubenton’s bat maternity roost in the viaduct. Enhancement measures for bats have included erecting bat boxes in the vicinity which are regularly monitored. 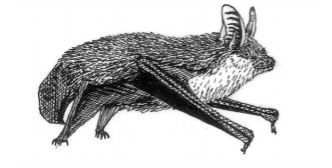 We are immensely proud of our Newton Kyme Viaduct and invest considerable resources in its care, inspections and record-keeping.